This Duncan BC resident says that though she considers herself a middle-of-the-road person when it comes to environmental concerns, her primary motivation for going solar was because she feels that people who can, should.

“Plus, it’s part of who we are here,” she adds, referring to the culture on Vancouver Island. “It strikes me that if you have a lot of sunshine, you should make use of it.”

So, in late 2018, after compromising with her husband (and by compromise she means that he wanted to install a heat pump and she wanted solar panels, so they decided to get both), the couple decided to give Shift a call and eventually went with an 8.8kW system that allowed for a 41 per cent energy offset of their electricity costs.

The couple have since purchased an electric vehicle and plan to go ahead with a Tesla Powerwall and possibly add more panels to their solar system in the near future. 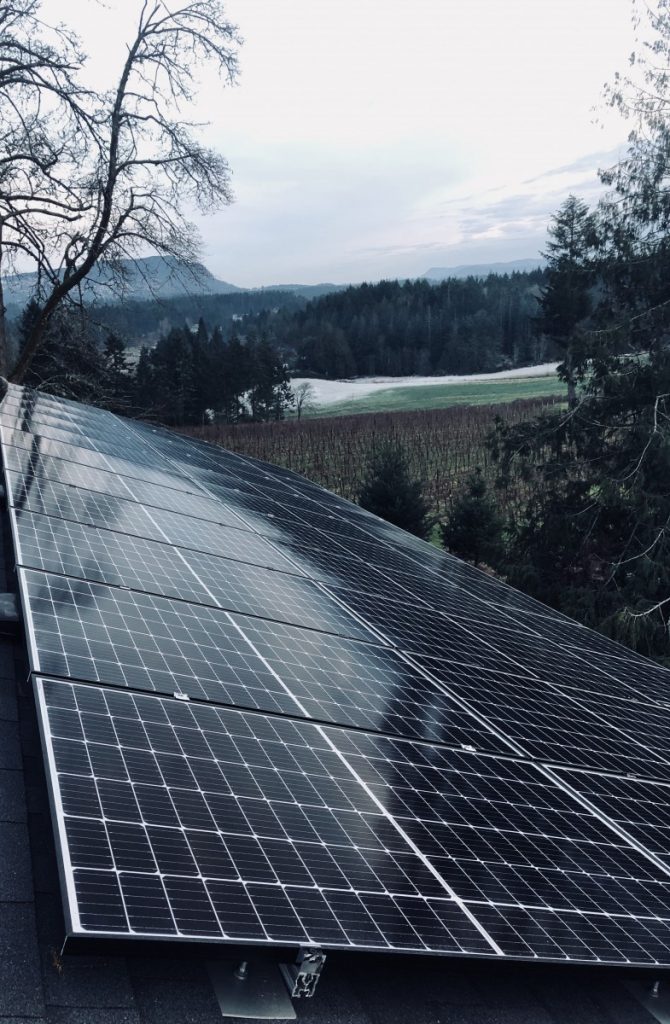